Despite Apple's downturn, many of the market's biggest players are providing gains thanks to a robust spread of Q1 earnings. Money Morning's options trading specialist, Tom Gentile, has identified three trade strategies to help investors make the most of this historic earnings season – check them out here…

The images from Southwest Flight 1380 are terrifying. News outlets have reported on the plane's "uncontained engine failure" and the first fatal accident on a U.S.-registered airliner since 2009. It is also the first fatal in-air accident on a plane run by Southwest Airlines Inc. (NYSE: LUV). The tragedy is terrible, and now there will be a deep investigation by the National Transportation Safety Board (NTSB). But what will the future hold for Boeing Co. (NYSE: BA), the plane manufacturer? Money Morning Executive Editor Bill Patalon answers that question, here 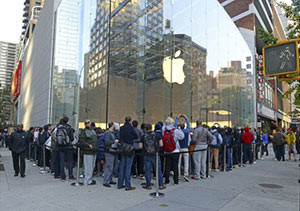