The Dow Jones today traded 50 points higher in pre-market trading after the Chinese government announced that it welcomes direct talks with the United States if they will help avert a global trade war. The declaration came a day after U.S. Treasury Secretary Steven Mnuchin said he would fly to Beijing to discuss bilateral trade between the world's two largest economies.

With trade war tensions cooling, it's clear that the mainstream press largely misled investors about the ongoing tariff threats between the two countries over the last few months. However, it's not all bad news - their sensational approach to the conflict has created a significant buying opportunity in the agricultural industry. I did a quick write-up of the best way to take on this profit play over the weekend - check it out here.

Earnings season is now in full swing, with today's key reports from Alphabet Inc. (Nasdaq: GOOGL) and Halliburton Co. (NYSE: HAL). Thanks to tax cuts, expectations are high. Analysts expect profit growth to top 18%, which would be the biggest jump in seven years. But there are a few bearish trends that are still lurking in the market. And if you're serious about making money, you need to know how to harness them and target individual stocks for life-changing gains. Money Morning Quantitative Specialist Chris Johnson explains. 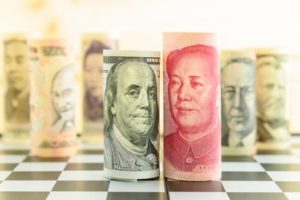