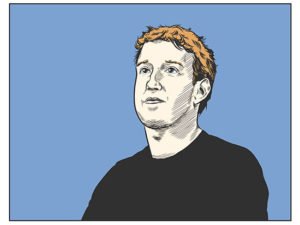 However, there's a chance Wall Street won't like what it hears when Facebook reports Q1 earnings on April 25…

The earnings report covers January, February, and March, including the time period of the Cambridge Analytica data scandal, which broke on March 19.

The backlash led to rally cries of "Delete Facebook" across the Internet, and Mark Zuckerberg was hauled in front of Congress for questioning.

While Zuckerberg downplayed the impact of the scandal on Facebook's business, this earnings call will give us the clearest picture of exactly how it affected Facebook's revenue and user base.

Some analysts project that Facebook lost 10% of its users, and even more of the remaining users are participating on Facebook less.

Zuckerberg could even warn shareholders that he expects user growth to fall into the future. With fewer users, advertisers may look for other platforms to buy ad space.

That could create a short-term drop in the FB stock price.

In fact, he developed an investment strategy that could lead to triple-digit profits in just three months…

This Facebook Options Play Could Lead to a 100% Profit

I joined one month ago, lost on all trades.