The stock markets are in the red so far this year, with the Dow down over 1%, but gold prices continue to gain.

Between geopolitical tensions and the U.S. Federal Reserve's rate hikes, investors are uneasy about the stock market right now. The CBOE Volatility Index (VIX) has nearly doubled this year.

Gold is actually managing to consolidate on the higher side, as bonds are losing their luster. Gold prices have risen to $1,327 from $1,316.10 at the start of the year. 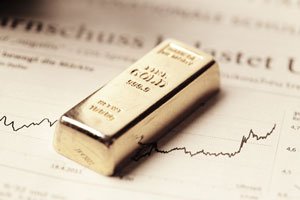 But the gold price catalyst in the near term, though, could be the dollar.

Gold still needs to make a run for $1,370, but that could happen sooner than many think.

Here's what's been moving the price of gold, as well as my next gold price prediction as stock prices continue to slide sideways…

Why the Price of Gold Was Flat Last Week

On the whole, gold had a sideways to slight downward bias for the week, as geopolitical tensions eased a bit.

The U.S. Dollar Index (DXY) got its second wind on Thursday (April 19) in the late morning, powering up from near 89.5 to break higher and trade in the 89.85 range, likely boosted by oversold conditions. 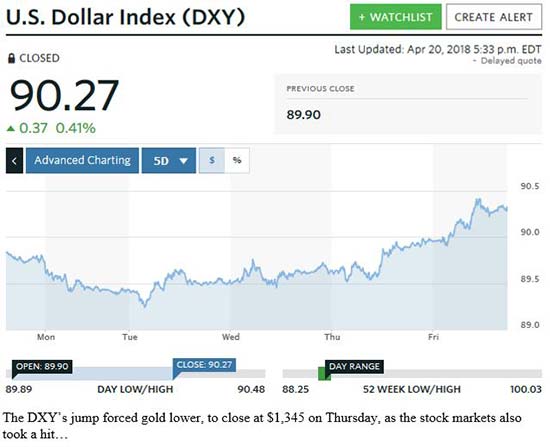 The DXY's jump forced gold lower, to close at $1,345 on Thursday, as the stock markets also took a hit… 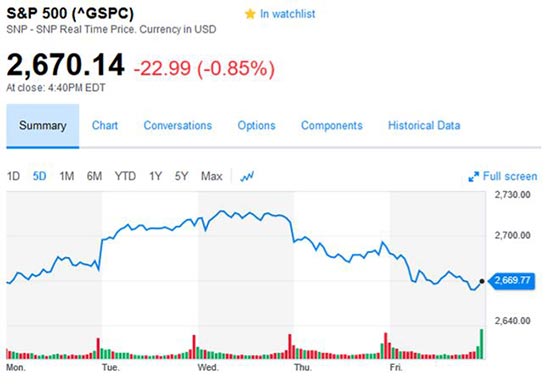 The downturn was a theme that bled into Friday (April 20), with stocks down along with bonds as bond yields pushed higher. Gold gave back $5 to close at $1,335 on the day.

But gold's sneaky performance on the year is an encouraging sign, one that could help push gold prices to my latest gold price target…

Gold Prices Have a Bullish Wind at Their Back