A new Money Morning Bitcoin analysis indicates the worst is over for 2018 and that the price could jump to $11,000 by the end of this quarter.

We've taken the quarterly results from the past four years, from 2014 through 2017, to see how the Bitcoin price has fared in each quarter. 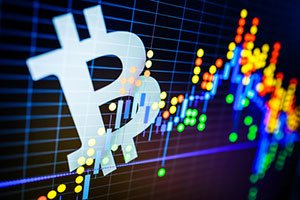 Related: This "Bitcoin Misery Index" Says Now Is a Great Time to Buy

The first quarter on average has been the worst for the price of Bitcoin by far. Through last year, Bitcoin returns in Q1 averaged -13.78%. It's the only quarter with an average negative return.

But if Bitcoin follows its pattern of the past few years, the next three quarters will be positive, most likely producing double-digit gains in both Q2 and Q4.

First, here are a few caveats.

Because Bitcoin is so new, we don't have a lot of data to work with. I left 2013 out of this analysis because most of the trading then was on Mt. Gox and affected by the actions of the "Willy bot." Before that, volume was too insignificant to yield useful data.

Analysts have noticed these kinds of patterns in the stock markets as well, with some months faring better than others. It's unclear why these patterns form, but being aware of them is one more piece of information investors can use to plan their trading strategy.

So what does the Bitcoin analysis of the last four years tell us to expect for the rest of 2018? 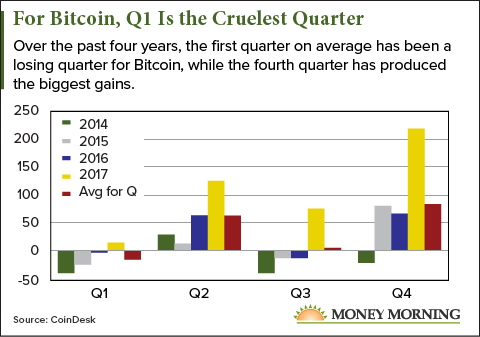 The third quarter, on the other hand, has a history of near-neutral returns. Over the past four years, the Bitcoin price has on average risen just 3.77% in Q3. So based on this Bitcoin analysis, the BTC price will hover in the $11,000 to $11,500 range through the summer.

However, that's still lower than a lot of current Bitcoin price predictions for the end of 2018.

One of the most notable examples is the Bitcoin forecast from Fundstrat Global Advisors co-founder Tom Lee, who has set a target of $25,000 by the end of the year.

And that's one of the more conservative Bitcoin predictions we've seen. Take a look at what these experts are saying...

Bitcoin Price Predictions That May Surprise You