Despite volatile market conditions, there is still plenty of profit to be found during earnings season. The Money Morning team recently took a close look at the strongest-performing dividend stocks on the market and their profit potential. What we found was surprising - one of the strongest dividend stocks from the last 30 years is poised for a significant break out - one that will generate huge profits. Check out our findings here...

Volatility continues to rise, and investors like you could generate millions of dollars with just a few smart trades that can unleash huge gains. But too many people (wrongly) think that volatility is a dirty word and is only associated with when the markets drops. If you're serious about making money, it's time to learn the secrets of trading in volatile markets. Small price changes can unleash life-changing gains. Now is your opportunity to learn the secrets from America's No. 1 Pattern Trader, Tom Gentile. If you're not making cash payouts in the $605 to $2,830 range every single week, you need to read his insight. Stop waiting and start trading for huge gains today. 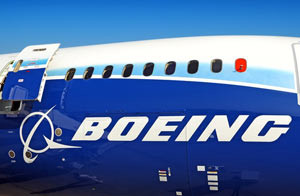