Markets are digesting news that Bitcoin futures hit an all-time high on Wednesday, according to data provided by U.S. exchanges CME and CBOE. 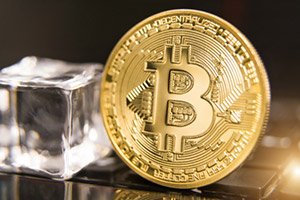 Roughly $670 million in contracts were exchanged on the markets. CME said that roughly 11,000 contracts (worth 56,100 BTC) were traded on April 25. Futures trading is up 44% in April compared to trading in March.

Here is a recap of the top five cryptocurrencies by market cap as of 3:30 p.m. EDT.

A lot of our readers have been asking how to buy cryptocurrencies outside of Bitcoin, Litecoin, and Ethereum.

Today, we wanted to make sure you know how to do that. With this free guide, you'll learn how to buy cryptos like TRON, EOS, NEO, and many more through the Binance exchange.

LIVE ON CAMERA: Watch America's No. 1 Pattern Trader officially become $1,050 richer in 15 seconds! And then $940 RICHER in 11 seconds... $1,260 RICHER in eight seconds... and $988 RICHER in seven seconds! You've never seen anything like this. And you may never see it again! His secret to becoming a multimillionaire is so easy that anybody can do it! Read more...

No time for BS, just send me the facts.