The price of silver experienced another volatile week, along with the broader markets. Silver prices officially closed the month of April at $16.31, below the $16.50 level, where it started the month.

A fresh rally in the U.S. dollar was the most obvious culprit, as the U.S. Dollar Index (DXY) managed to power higher by some 120 basis points from its early bottom.

The American 10-year Treasury's breaching the 3% yield level likely caused some of the initial stock market weakness. It also stole some of the thunder from precious metals as a safe haven.

And to cap the week, the historical summit between North and South Korea led to a dramatic decrease in geopolitical tensions. During the meeting, the North's Kim Jong Un displayed a nearly 180-degree conciliatory reversal. 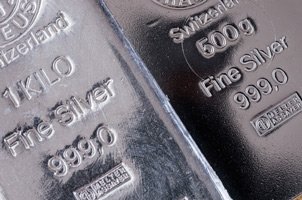 This too contributed to silver's sell-off, as the crisis hedge became less attractive in the near term.

But markets and trends ebb and flow, and even if North Korea follows through on its promises, the process is likely to face some challenges.

And longer term, thanks to bullish fundamentals, the price of silver is likely to rise no matter how things play out in the Koreas.

Silver's path of least resistance was decidedly lower in the past trading week, with the precious metal starting out at $16.60, touching a low on Monday (April 23) morning at $16.17, then recuperating to $16.31 by mid-afternoon. That meant a loss of about 1.8%.

The grey metal enjoyed a little strength on Tuesday afternoon, April 24, closing at $16.67 as the DXY weakened to 90.8. But that was the high point of the week, as the 10-year Treasury note topped a 3% yield. That hurt stocks and made investors look to bond yields as an alternative to silver.

But the market's subsequent bounce back on lessening geopolitical tensions, especially on the Korean Peninsula, crushed silver as the week progressed. The surge in the dollar, which took the DXY from 90.72 to 91.9, also played a big role in falling silver prices. 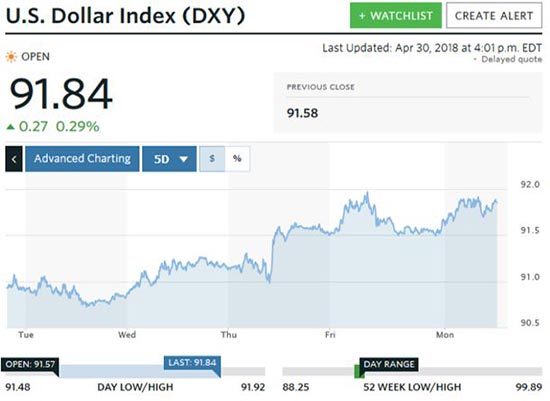 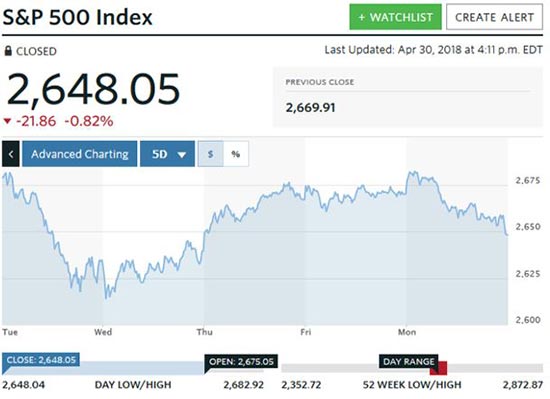 So as silver looks ahead, we continue to see the headwind of the dollar as one of its biggest near-term risks. I also think that stock markets have to make a final bottom in the next month or two before finally turning higher once again.

Now, here's what's happening on the technical side, as well as where the price of silver is headed from here…

Here's Where I See the Price of Silver Heading Now

Sorry Mr. Krauth, I don´t believe anything anymore from all the bullish pictures you and other financial gurus are painting as long as we are in the hands of dirty manipulators then all your graphics don´t work.