As Chinese trade fears roil markets again, Money Morning Defense and Tech Specialist Research Michael Robinson is looking for the best strategies to protect investments from volatility. Michael believes he's found several great "insurance investments" in the tech market - ones that will not only protect your portfolio, but help you profit. Check out Michael's findings here... 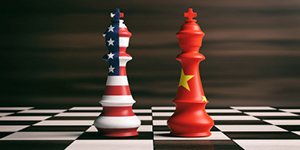