Everyone knows there's a water crisis...

On Day Zero (Aug. 27), residential water taps will be turned off in Cape Town, South Africa.

London, England, will have supply problems by 2025 and "serious shortages" by 2040, according to the Greater London authority. 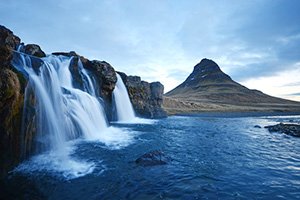 Water will be scarce in Istanbul, Turkey, by 2030, according to BBC.

None of this information is new or surprising.

It's almost common knowledge by this point that we're all headed toward a global water disaster.

But while governments have dropped the ball by allowing water infrastructures to deteriorate and offering no solutions on how to avoid water crises, private companies are stepping up.

This is where capitalism works best...

A company finds a problem, creates a solution, and whole communities and cities benefit.

And when the company is publicly traded, you can profit, too.

You see, we knew just how big of a problem the water shortage was going to be back in 2013.

When he first brought this company to our reader's attention in 2013, its stock price was trading for $34.53 per share.

That significantly outpacing the Dow Jones Industrial Average's 62.36% return during that same time. And that's just the beginning for this stock...

After all, the global water crisis has yet to peak, and this company will be at the center of solving it.

One analyst projects shares of this stock will climb 30.6% in just the next 12 months.

We created a full report about this company, which you can access right here.

A massive buy signal just flashed through our proprietary system for another water stock with even bigger gains ahead. I had to make sure Money Morning readers saw it today.

In the next 12 months, analysts at financial service firm Janney Montgomery Scott expect the stock price of this company to climb 63% in just 12 months.

And the potential gains could be even larger than that once the true extent of the crisis becomes known.

It's no wonder this stock just earned a perfect Money Morning Stock VQScore™ and is a screaming buy...