The marijuana industry is a $10 billion juggernaut right now, but its growth is just getting started. Legal sales could hit $75 billion by 2030, making cannabis as popular as soda ($76.4 billion in sales in 2017).

That's why we've been talking about the profit potential of traditional marijuana companies for years. 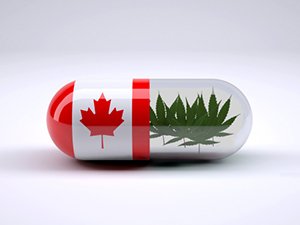 And today, I'm bringing Money Morning readers expert insight on the cannabis industry from some of the leading players in the game.

By getting this inside perspective, you'll be able to identify the biggest and best profit opportunities before other retail investors catch on...

"Vaporization has been around since the 5th century B.C. in Egypt, but the modern vape scene really started in 1965, when Herbert A. Gilbert patented the first modern nicotine vaporizer. Vaping became more mainstream with Hon Lik in 2004."

In 2017, the e-cigarette and vaporizer industry was worth $9.5 billion, according to Visiogain.com.

By 2025, the e-cigarette and vaporizer market will be worth $61.4 billion, according to Business Insider. That's a 546.31% potential gain in just eight years.

"Cannabis cultivation has changed drastically, especially over the last five years. For decades, cannabis has been cultivated in secrecy: hidden buildings, deep forest or mountain grows, and even portable facilities. Since the government took a hands-off approach during the Obama administration, we've seen a tremendous amount of technological advancement in the space. Today, cannabis is being cultivated with some of the highest-level tech equipment and agricultural tools available."

The global hydroponics market is projected to reach $395.2 million by 2020, according to MarketsandMarkets.

"We're seeing a tremendous surge of innovation in the cannabis sector. Most cultivators over the past few decades have had to operate underground, adapting their methods to equipment that was never designed for growing cannabis. Now the sector is playing catch-up, especially with regards to lighting. We, for example, put our engineers to work for just over two years designing the first-ever LED grow light with the power to support commercial cannabis cultivation centers. I believe we'll see this innovation trend continue for years, and perhaps even affect how other commercial crops are grown."

"When I first started working in marketing in marijuana, Facebook Inc. (Nasdaq: FB) wouldn't even allow medical marijuana businesses to have a Facebook business page. In those days, you could get shut down just for being a cannabis media organization."

Today, MassRoots Inc. (OTCMKTS: MSRT) is bridging the gap between advertising and cannabis enthusiasts with its own social media platform.

"With the medical legalization in CA in 1996, a new path would begin for 'medical' marijuana, and marketing began to slowly shift back to highlighting its medicinal value and greatly increasing the legalization support as a result. Fast-forwarding to today, recreational legalization and majority voter approval in the U.S. has helped shift the industry into a more mainstream light, and it has created an exciting time to be involved in the marketing space in this industry."

Thanks to insight from the experts, we know the great strides the cannabis industry has made.

But again, the biggest gains are just ahead...

As we speak, a new, earth-shattering government announcement could completely change the legalization of marijuana - forever.

In fact, thanks to this historic legislation, tiny pot stocks trading for under $5 are getting set to double, triple, or quadruple.

In an exclusive interview with Money Morning, pot stock expert Michael Robinson shares all the good news - including details on five tiny weed stocks that could potentially turn a small stake into $100,000.

How much do I have to put down for the Marijuana Investing?

The problem with a lot of the analysis on the pot stocks is that a lot of the future value is already built into the price of these stocks. There are several marijuana stocks right now that have a $1B+ valuation, even though they have <$100M in revenue projections for this year. There isn't enough headroom for large gains. CRONOS for instance is at $1.04B in market cap, if it went up 10X it would be 10.4B and there are a multitude of these companies, not just one. The money isn't there.

What is the C45 law and what companies are the best to invest?

all i want2 do is purchase marjuana penny stocks

Where is the “10 bagger” with pot stock.