The Social Security Administration (SSA) is being downright frivolous with your hard-earned tax dollars.

In 2017, the SSA paid out $37 million to deceased Department of Veterans Affairs members.

And here's the kicker: The agency knew they were dead.

Still, it kept paying benefits to hundreds of people anyway, according to an audit released Sept. 1, 2017...

This incident of gross negligence on Uncle Sam's part is just one of several fallacies we've found in the SSA's files. 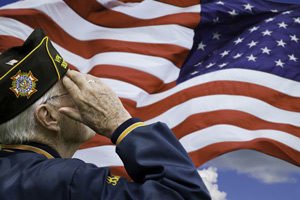 In a moment, we'll show you how you can make the most of your Social Security benefits, including the cash that SSA employees either didn't properly account for or paid to the wrong individuals (ahem, dead ones).

But first, here's how the agency made its massive, costly mistake...

The Social Security Administration Has a History of False Payouts

Last year, SSA auditors compared the VA's record to Social Security rolls and found nearly 4,000 people who were listed as dead by the VA, but were still getting checks.

Although some of the people listed as dead were in fact still alive, many were actually deceased - and their checks never should have been paid, the Social Security inspector general said.

"Based on our sample results, we estimate SSA issued approximately $37.7 million to 746 individuals after they died, and will issue approximately $7.3 million more over the next 12 months if these discrepancies are not corrected," the IG claimed, according to the Washington Free Beacon on Sept. 5, 2017.

Among the dead veterans was one officer who'd passed away in August 2008 but continued to get checks until March 2017, when the inspector general got a report from the State Department showing he had died abroad, in Thailand.

That single instance amounted to $160,000 in bogus payments.

And there are countless more.

The problem seems to have grown over the years.

A decade ago, a similar audit found no fewer than 1,700 names listed as dead by the VA but still getting checks from Social Security.

In addition to the deceased veterans' information being improperly collected or shared, the audit uncovered a number of instances of identity fraud using veterans' Social Security numbers.

In one instance, an Army veteran died in 1980, but someone else used the veteran's number to work from 1978 through 1991. The person then applied for retirement benefits - collecting some $200,000 over the years.

Another Army veteran who died in 2011 had been getting disability checks from Social Security up through this year - totaling $155,000.

Odds are good that the SSA has probably made mistakes on your Social Security payouts as well, which means you could be due for a huge cash infusion...

If so, you could receive money owed to you with in the next five days by taking action now.

I got my notice today about the SS situation and decided to check it out for myself. You won't believe this, but my name was on "Lock" and I couldn't get any of my own information. I contacted SSA and the representative couldn't unlock it and his only suggestion was Equifax must have me locked. Is that a joke or what!
I have been drawing my deceased husbands SS which started 2003 when I was 63. He died in September 1985 at age 52. The SS told me I could either take his or my SS but not both. I worked over 40 years myself, so I wonder what they did with all the money I have paid into SS.
I hope this short letter will reach Keith Fitzgerald because he was who sent me the SS information, and I would like to hear back from him.

I need to meet with someone about this bird that I found. I believe some of this money is mine

I was checking to see what is the best way to check and see if I am available?