The Dow Jones today traded 70 points higher in pre-market trading after the U.S. Labor Department reported that new applications for unemployment benefits hit a 48-year low last week. The report comes on the heels of the April jobs report, which showed the U.S. unemployment rate is holding at 3.9%.

With the unemployment low and the economy signaling robust growth ahead, many of the nation's largest companies are chasing mergers in an effort to boost their bottom lines. One of the most talked about is the proposed Sprint and T-Mobile deal. However, the Money Morning team has identified an even more profitable merger and acquisition in 2018 from the healthcare industry - one that could generate huge profits. Check out our findings here...

The Iranian nuclear deal is dead. And it will have a significant impact on the energy market. Just how significant? Enough to make you very rich if you know where to put your money right now.

Money Morning Global Energy Strategist Dr. Kent Moors has decades of experience in the global energy markets. He's been a longtime analyst of the brewing geopolitical battles between Iran and the United States. And he's helped make readers a lot of money playing the ups and downs of the oil market. To learn how you can profit on oil, read his latest insight right here. 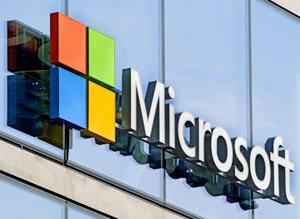