The Dow Jones News today: The Dow Jones projected a 58-point gain in pre-market hours as investors prepare for a light day of earnings reports and continue to monitor ongoing geopolitical tension in the Middle East. Yesterday, the Dow Jones locked in its first six days of consecutive gains since February, erasing the losses incurred by the index in 2018.

As earnings season comes to a close, many investors are looking for the companies that will provide significant returns when quarter two results are announced later this year. Using Money Morning's proprietary VQScore™ stock valuation system, we found an undervalued dividend stock that's selling at a huge discount right now. Check it out here...

Everyone wants to talk about finding the next Apple Inc. (Nasdaq: AAPL), Amazon.com Inc. (Nasdaq: AMZN), or Alphabet Inc. (Nasdaq: GOOGL). But this can be like finding a needle in a haystack. The truth is, if you want to make real money, you need to do something completely different. You need to purchase boring companies... it's the same strategy that made Warren Buffett the richest investor in world history. Money Morning Special Situation Strategist Tim Melvin offers a home-run stock that offers a chance to begin building real wealth right now. 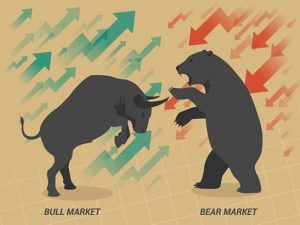