Bitcoin prices fell to around $8,600 Friday on reports that a Mt. Gox trustee sold 8,000 coins, and there was also news that police raided the headquarters of UPbit, a South Korean exchange.

Seoul police joined the Korean Financial Intelligence Unit and the nation's Financial Services Commission (FSC) in an investigation into fraud and illicit transfers of customer funds by the nation's largest crypto exchange. 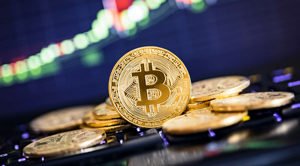 However, markets are hoping that Bitcoin will rally ahead of the upcoming Consensus Conference.

CoinDesk's conference will take place in New York next week, and it could draw at least 7,000 people. That would more than double the attendance from a year ago, at 2,750.

There will be over 250 speakers and industry leaders discussing crypto.

A month after the conference last year, the price of Bitcoin rallied 31.70%.

Here is a recap of the top five cryptocurrencies by market cap as of 9:00 a.m. EDT.

The Top Cryptocurrency Stories for May 11

Michael made a prediction about Bitcoin way back in 2013 - and folks who followed his advice stood to become 253 times richer. We'd venture to say not one in 10,000 people is aware of the massive profit potential unfolding right now.

I invested $600 in bitcoin about six months ago I am anxious to watch my money grow in 2018. I've prayed for a financial miracle it looks like bitcoin is it. I will keep investing in bitcoin because that's where we are as bitcoin currency catches on soon folding money will soon be apart of our past. Computers aren't going anywhere nor is shopping online. Investing in bitcoin is investigating in my family's future business and the security that comes with investing smart.