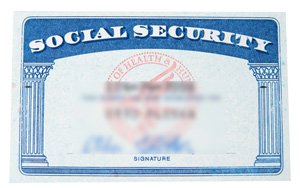 But we're not going to wait around for the antiquated Social Security Administration (SSA) to get its act together - like that will ever happen. We'd rather show you how you can take matters into your own hands and potentially turn the SSA's mistakes into a $23,000 payout...

And once in active use, a stolen SSN could wreak serious havoc on your life...

And hackers selling SSNs to these thieves aren't slowing down. Breaches like the Equifax incident involving Social Security numbers have steadily ticked up in occurrence and pace in recent years...

And then there was last year...

To know if you are for sure, it's wise to request your "Social Security Statement" from the Social Security Administration. The requesting process is easy and can be done at SSA.gov. Viewing your statement will allow you to see activity associated with your SSN - especially its current state of vulnerability.