If you've traded stocks for a while, I'm sure you've heard plenty of Wall Street adages.

One of the most misguided is, "Sell in May and go away." 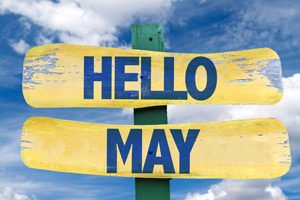 The idea is there's less buying activity on Wall Street over the summer because everyone is on vacation.

But before you rush out to sell your stocks and make your brokerage firm richer through commissions, you need to know the real origin of the saying.

You see, "Sell in May and go away" is incomplete.

It was actually "Sell in May and go away… and come back on St. Leger's Day."

The Truth Behind "Sell in May and Go Away"

British merchants and aristocrats suffered through terrible heat in the summer, so they'd go on vacation during those months.

St. Leger's Day was in reference to the St. Leger's Stakes, a horse race that takes place in mid-September.

And what better way to return to your home with a bunch of money than to speculate on a horse race?

Over time, that saying changed and is used in the U.S. markets.

Now, it's true a lot of people go on vacations between Memorial Day and Labor Day. In 2017, 45% of Americans took a summer vacation, according to the Statistic Brain Research Institute.

With money sitting on the sidelines, traders have come to expect smaller returns, less capital moving into the markets, and lower trading volumes.

From 1950 until 2013, the Dow Jones Industrial Average returned only 0.3% during May through October, according to Investopedia.com.

In that same time, the Dow had an average return of 7.5% during the months from November to April.

However, selling in May hasn't worked out so well lately…

But no matter what 2018 has in store, there's always a way to make money through investing.

That is, if you know where to look…