Ethereum (ETH) prices have rallied almost 50% in the last month, and we just found even better news for crypto enthusiasts. 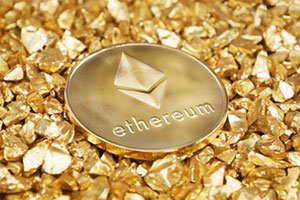 Gus was the most bullish, while the other analysts surveyed believe Ethereum will trade between $750 and $1,500 by the end of 2018.

A Tokyo-based, court-appointed trustee has received orders to distribute more than 8,000 bitcoins among Mt. Gox creditors.

Even though BTC prices have dropped 40% since the start of 2018, we aren't worried.

Yes, if you jumped in around January and have watched the Bitcoin prices plummet, you probably have the urge to sell all your coins or avoid the crypto market entirely.

That could be a costly mistake…

The Top Cryptocurrency Stories for May 14, 2018

Money Morning Defense and Tech Specialist – and cryptocurrency legend – Michael Robinson just revealed the little-known details regarding the future of Bitcoin… and why, at any moment, it could be poised for a record-breaking rebound far beyond anything we've witnessed already.