The Dow Jones today dropped over 150 points in in pre-market hours after The Home Depot Inc. (NYSE: HD) fell short of revenue expectations in its Q1 earnings report Tuesday morning. The firm reported earnings per share (EPS) of $2.08 on top of $24.94 billion in revenue.

Wall Street had expected $2.06 on top of $25.2 billion. The miss was a surprise given the strength of the housing market, broader U.S. economy, and recent tax reform. Home Depot's miss was responsible for half of the Dow's losses in pre-market trading.

In addition to Home Depot, Tesla Inc. (Nasdaq: TSLA) fell more than 2.5% yesterday after Morgan Stanley (NYSE: MS) cut its price target from $376 to $291. The bank cited Tesla's pending reorganization as a major reason for the cut. It also noted that the firm is facing technical and fundamental hurdles. Here's more on why Tesla is struggling to make money.

He's DONE with Stocks: One of America's top stock-trading experts has uncovered a new way to collect thousands of dollars each week – without having to deal with a single disappointing stock ever again. Click here.

America's No. 1 Pattern Trader used to be an average Joe scraping to get by. Then he taught himself how to trade… and became richer than he ever imagined. Now he's revealing all his trading secrets, so you can amass a fast fortune for yourself. Step by step, he'll guide you in setting up your account and show you how to set up a series of take-it-to-the-bank payouts of $605… $822… $1,190… or $2,830… every single week. Click here now to get started… 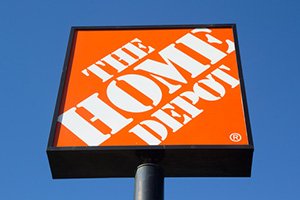