Following Tuesday's sell off, the Dow Jones today continued to trade lower in premarket hours as fresh North Korean fears weighed on market optimism. Overnight, North Korea suggested that it may pull out of next month's talks if the United States insists upon full nuclear disarmament.

Markets are expected to move today after the10-year Treasury yield creeped above 3% to its highest level since 2011. Markets have been expecting lower inflation after several positive economic reports in recent weeks. Money Morning Liquidity Specialist Lee Adler explains that the Fed has lost control of interest rates... and that investors need to plan for the fallout from rising inflation.

Right now, The Walt Disney Co.'s (NYSE: DIS) potential $52 billion acquisition of most of Twenty-First Century Fox Inc.'s (Nasdaq: FOX.A) is in doubt. The question is what you're going to do about it? Money Morning's Special Situation expert Tim Melvin explains that you can make 10 times on your money when this deal falls apart. He shows you how, right here. 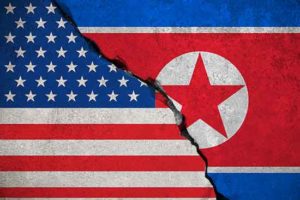