The Dow Jones today traded flat in pre-market trading after American trade officials asked to bolster annual exports to China to $200 billion, in an effort to reduce the trade imbalance between the two nations. Markets are likely to move on whether both countries – currently locked in negotiations – are able to make any progress on the American request.

The United States' ongoing trade negotiations have created some spectacular profit opportunities in the markets – particularly in Chinese stocks. Several of China's most exciting companies are selling at a discount thanks to Wall Street's shortsighted trade war panic – and we've identified the best one to buy right now. Check it out here…

Markets have been under pressure once again by the U.S. Federal Reserve. Inflation levels are going through the roof… but the people in charge of managing it have been lying to Americans for years. Now, it's time to get even. Money Morning Liquidity Specialist Lee Adler has the perfect way to make a lot of money when no one is looking. Read it here. 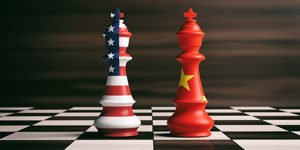