A funny thing happened with the price of silver early last week. After both silver and gold dropped in the face of surging 10-year Treasury yields and the U.S. dollar, silver parted ways with gold.

Silver prices, on the other hand, rose mid-week even as the dollar was gaining and gold wasn't. 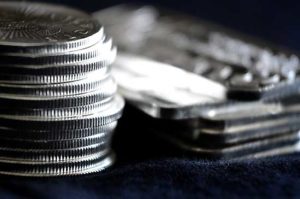 It was impressive to see and testament to the fact that silver is extremely cheap and extremely undervalued at the moment. Now the market is slowly coming around to that same conclusion.

I think silver will continue to move from underpriced to more fairly priced. And a couple of technical indicators continue to support that view.

Before we look at those technicals, here are the recent movements in silver prices...

With the global benchmark of U.S. 10-year yields surpassing and holding above 3%, the dollar rose further, and stocks corrected, but only mildly. That's why on Tuesday, May 15, silver dropped to an intraday low of about $16.16 near 10:00 a.m. It would test that level again early on Wednesday, but then it rose dramatically after the dollar peaked that morning.

Silver then outperformed gold the rest of the week, as gold fought the dollar and yields while silver shrugged them off and rallied.

$25 Billion in UNDERPAID Social Security Benefits: You could be eligible to collect as much as a $23,441 lump-sum check from the Social Security Administration - recent audits by the Office of the Inspector General reveal tens of thousands underpaid. Click here to learn about what's going on.

Here are glances at the U.S. Dollar Index (DXY) and S&P 500 over the last five trading days. 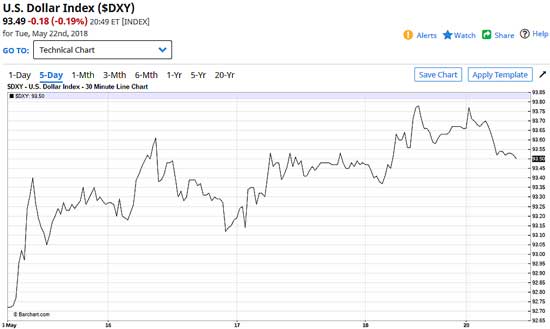 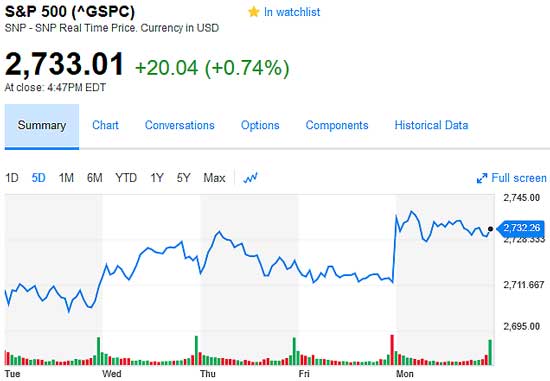 By the end of Friday, silver prices closed at $16.43. On Monday, silver was still trading at that level by midday.

It was remarkable, especially as the DXY climbed from 92.65 all the way to 93.80 in that time span. The DXY had reached a six-month high after the United States and China essentially called a trade war truce. But then traders took profits, and the dollar was back to 93.54 by 5:00 p.m.

Here's What I Predict for the Price of Silver Next

good question mike wild, i would like to know this answer also

Where can I find a chart of silver prices over the past 2 fiscal years, and especially current prices this 3rd quarter, January 1, 2018 through today, 5/24/2018?