One reason crypto prices can drop so drastically is because of the uncertainty and confusion on how the government plans to regulate cryptocurrencies.

Prices can drop 10% in the blink of an eye if a government official has a negative comment.

Fortunately, there could be more clarity about the U.S. market after June 13. 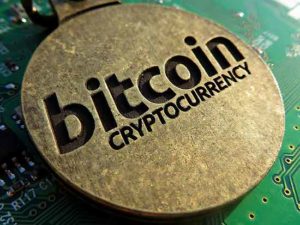 On June 13, the SEC will hold an investor conference in Atlanta at Georgia State University.

It will be a town hall event, where attendants can meet with members of the SEC for informal discussions on fintech and cryptocurrencies, according to CCN.com.

While the SEC seems to be most interested in regulating ICOs right now, clarification on all cryptocurrency regulation plans could help bring in new investors too scared to invest.

With more demand, prices can start to go back up.

In other cryptocurrency news, the price of Bitcoin rebounded after nearly falling below $7,000 over the Memorial Day weekend. After several weeks of bearish trends – including concerns about a sell-off by a Mt. Gox trustee and concerns regarding tax policies at Bitfinex – Bitcoin appears to be coming off a near-term bottom.

However, cryptocurrency analyst Willy Woo said on May 25 that Bitcoin will test $5,700 before recovering.

Bitcoin has been one of the most remarkable investments and technologies in decades.

Privacy, ease of use, and an alternative to fiat currencies are major benefits to people all around the world.

Perhaps that's why central banks and the International Monetary Fund want to kill it… and replace it with something horrifying.

The Top Cryptocurrency Stories for May 29

Hi your article is out of date but is appearing on top news sites as current.

The security flaws foudn with EOS were fixed before the Chinese telecom guys even posted the flaw, so please remove that so as not to spread disinformation.

in reality, I am not experiencing any of your glowing reports. I have followed all of your recommendations since becoming a member of Cryp. Windfalls, and only two of my buys are even a few cents above what I paid for them, and I bought well below your recommended buy prices. Most are significantly down. I hope you are right and at least some of these turn around.