The Dow Jones today rose 110 points as investors took stock after yesterday's broad sell-off. On Tuesday, the Dow dropped 391 points after the Italian Parliament failed to form a coalition government over the weekend. Italy, Europe's third-largest economy and eighth-largest globally, has faced increasingly volatile economic conditions in recent years as the nation's embrace of the single European market and common currency has cooled.

Markets are also reacting to reports that the White House intends to move forward with tariffs on roughly $50 billion of Chinese goods. The development comes on the heels of an announcement made by U.S. Treasury Secretary Steven Mnuchin, in which he stated that further trade sanctions against China would be put on hold. 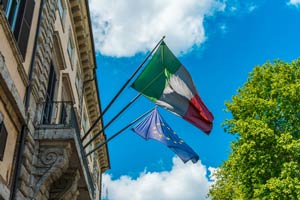