As oil markets continue to recover from the 2014 oil supply glut, we've identified the best oil stock to buy in order to profit from rising oil prices.

Oil's recent spike is the result of several geopolitical developments, including the United States' exit from the Iran nuclear deal and OPEC's announcement that it would extend its agreement to rein in member output. 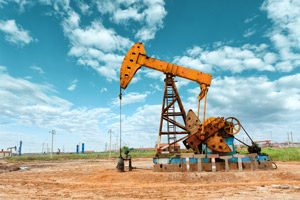 And while oil's short-term boom is great, the commodity's long-term growth is even more exciting.

Thanks to widespread economic growth, international oil consumption is set to hit 118 million barrels a day - a 20% increase over today's levels.

To capitalize on this boom, Money Morning Global Energy Strategist Dr. Kent Moors has identified the best oil stock to buy to profit from the oil bull market.

Before we get to our pick, let's take a closer look at the catalysts behind oil's spectacular expansion...

An Oil Renaissance Is Underway

The United States has taken the lead in international oil production.

In early 2018, the International Energy Agency estimated 2018 American oil production will be 5.7% higher than last year's 9.16 million barrels a day. That's the greatest production level in the United States since 1970.

America's record-breaking levels of production are due to three catalysts.

First, recent oil discoveries, such as the 20 billion barrels of oil discovered at the Wolfcamp shale formation two years ago, are giving the United States greater amount of oil to process.

Secondly, thanks to technological advances in drilling, American oil companies are able to extract this oil with greater efficiency and at a higher rate.

Finally, growing global demand is pushing the United States to increase production and become the dominant player in the global oil market - the nation is expected to satisfy 80% of the world's oil demand for the rest of 2018.

This resurgence isn't limited to American oil companies, either. Canada is expect to rake in $1.4 billion in profit due to rising global demand.

While some worry that this rise in North American production could cause another oil glut, the oil industry's largest international body, OPEC, is working to keep prices stable as global production ramps up.

In 2016, OPEC pledged to cut daily oil production in its member states by 1.2 million barrels in an effort to boost oil prices. Because Saudi Arabia, OPEC's dominant member, receives roughly $3.1 billion a year for every extra dollar gained by oil prices, it is unlikely to roll back a policy that's pushing international prices up.

And oil demand is likely to continue rising.

According to a report from Barron's, the size of the world economy is expected to double in the next two decades. This is largely the result of the rapid expansion of the global middle-class population, which is estimated to grow from 3 billion in 2018 to 5 billion by 2030.

In order to take advantaging of growing demand, much of Wall Street will tell you to tell you to bet on the giants of the oil industry. These include the oil supermajors like Exxon Mobil Corp. (NYSE: XOM) or Royal Dutch Shell Plc. (NYSE: RDS.A).

However, these giants are consumed with massive exploratory projects that often negatively affect an investor's return and prevent the companies from responding to changes in the market.

But our favorite oil stock to buy steers clear of these pitfalls.

In fact, it's set to produce double-digit gains thanks to America's oil boom...