Our new list of best stocks to buy includes a handful of picks that are on track to double their shareholders' money - in three years, or even as little as 18 months. 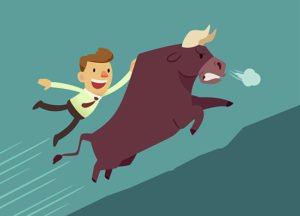 Best Stocks to Buy Now No. 1: This "Profit Powerhouse" Will Double Your Money

Our first pick generates its profits from the simple fact that, in the 21st century, every company is a tech company.

Or at least, in order to be competitive, every company has to have a robust tech platform in its operations. And that platform is going to need IT support.

This Silicon Valley company has moved the IT department to the cloud. It offers low-cost, low-maintenance options to more big companies than anyone would care to count. More than 800 companies from the Fortune Global 2000 use ServiceNow products.

Aside from major corporations like The Hershey Co. (NYSE: HSY) and Diageo Plc. (NYSE: DEO), ServiceNow clients include giant institutions such as CERN, the European physics lab that employs 12,000 scientists, and New York City's 6,000-employee Department of Health.

Money Morning Defense and Tech Specialist Michael Robinson calls ServiceNow a "profit powerhouse." That's a well-earned title, considering its 198% growth in earnings per share (EPS) between 2015 and 2017. Analysts currently project another 94% of EPS growth in 2018 and 423% by 2021.

ServiceNow's cloud sales are growing at a rate 60% faster than those of the world's cloud leader, Amazon.com Inc. (Nasdaq: AMZN), showing just how elite this powerhouse is.

When Michael first recommended the stock in October, he said the share price could double in less than two years. Seven months later, it's already up 40%.

But Michael says there's still plenty of upside ahead for ServiceNow. In fact, now he's "doubling down" on his earlier prediction.

Even assuming a conservative earnings growth rate of 77% - just a third of its current average - Michael says this stock could double in value within the next 12 months.

So don't worry if you've missed its gains up to this point. ServiceNow is still one of today's fastest-growing stocks.

Best Stocks to Buy No. 2: This Company Is a Favorite of the New Generation of Marijuana Users

The gradual legalization of marijuana has had a strange effect among users: they're smoking less.

Specifically, dispensaries in California are pointing to growing demand for varieties of weed that don't involve smoking - especially vape cartridges and edibles.

These ready-made products are easier to come by now that marijuana is legal in some jurisdictions. And even though they cost two or three times as much as the equivalent amount of marijuana buds, customers are willing to pay the price.

That's because 1) these are healthier, more discreet options than smoking, and 2) they offer a "precision dose" for users who want to know exactly what they're getting.

A great way to play this trend is CannaRoyalty Corp. (OTCMKTS: CNNRF), which has three brands of marijuana products in the newly legal California market. These include Care by Design, which offers vaping cartridges, chocolate, and sublingual drops, and Soul Sugar Kitchen, which produces confections from gummy candies to peanut butter cups.

CannaRoyalty stock has already gained 120% over the last year. But that could just be the beginning of a long-term growth phase, considering that CannaRoyalty is based in Canada, where weed is set to be legalized in June. Michael says the market for edibles in Canada is expected to explode by 457%, to $5.69 billion, by 2021.

"I think we're ready for another run-up," Michael says about CannaRoyalty's share price.

This is still a speculative play in a budding industry. But analysts expect CannaRoyalty's balance sheet to hit a strong growth phase in the next year.

Between its strong presence in existing markets and the trend moving sharply in its favor, CannaRoyalty is one of the best bets you can make on legal weed.

Best Stocks to Buy No. 3: This Company Brings Gold into the Cryptocurrency Era... Just in Time for the Bull Market

Will we be informed when to sell?

I am interested in a reliable mix of stocks