According to several Wall Street firms, General Electric Co. (NYSE: GE) stock is poised for a significant remount this year. In fact, one analyst says it could rise over 50%.

However, they couldn't be more wrong. The company has a long way to go before it's a buy, and we've found an even better play in the industrials sector...

Over the last year, shares of General Electric Co. fell over 50% as news of the company's dire financial health spread across Wall Street. This news erased over $100 billion in the company's market value.

With the company's stock hovering around its 52-week low, many investors are wondering if it's a good time to buy General Electric stock.

According to General Electric CEO John Flannery, potential investors might want to hold off for the foreseeable future. 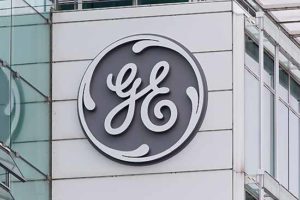 In a press conference in May, Flannery said GE's systemic issues aren't going away in the near future. "This is not going to be a quick fix... don't expect changes overnight," he said.

It's an international brand that recently raised guidance and has the potential to jump over 25% in the next 12 months.

Before we get to our pick, here are the three key reasons why GE won't be providing a decent return for investors this year...

GE's Recovery Isn't All It's Cracked Up to Be

GE made headlines last year when the company announced it was halving its dividend, cutting it from $0.24 to $0.12 in November 2017.

This was largely due to issues with the company's slowing cash flow. Over the course of 2016 and 2017, GE's cash flow contracted to roughly $7 billion, about half of what it was before.

While cutting the company's dividend is expected to generate upward of $4 billion in cash annually, it's unlikely to help turn the company's fortunes around.

According to longtime GE analyst Jeffrey Sprauge, GE's cash flow has been unable to cover the company's dividend for at least the last five years, contributing to the company's debt.

In fact, nearly all of this dividend cut is designed to address GE's substantial debt. As of September 2017, the company owned nearly $77 billion in general debt.

The $77 billion debt balance excludes an additional shortfall from GE Capital, a subsidiary of the General Electric parent brand. In January, GE announced the company owed $15 billion due to a long-term insurance program GE Capital invested in nearly two decades ago.

The company also announced plans to hold more than $15 billion over the next seven years in order to address the shortfall, starting with a reduction of $6.2 billion from the company's Q4 earnings, further hampering earnings growth and market performance.

Finally, GE is selling off assets at a record pace in an effort to address this debt. Last November, GE announced that the company would divest $20 billion in assets in order to reduce the company's leverage.

And it turns out the company's recent efforts may not be enough.

According to a report from JPMorgan Chase & Co., GE needs to pay of $30 billion of its debt to be considered an attractive investment. GE needs to free up several billion dollars to pay this off.

It's possible a leaner company could grow its way out of debt. That's why CEO Flannery has repeatedly said he's focused on profit channels that can generate "sustainable earnings growth" for GE.

However, judging by the company's reduced cash flow, massive debt, and continued downsizing, "sustainable earnings growth" could be years away.

As GE's woes continue to mount, we're looking at an industrial stock that is poised to take up GE's considerable slack.

A key member of the industrial goods sector, this stock has made considerable gains in the wake of GE's fall, rising 13% in the last year as GE sank over 50%.

This company beat earnings in 2017 and has repeatedly raised guidance for this year, indicating it's set for significant growth.