Gold prices need a catalyst to lift them out of their trading rut. And that's just what they'll get this week…

The price of gold tends to move dramatically before and after the U.S. Federal Reserve raises interest rates. The Fed is expected to hike rates during this week's FOMC meeting, with experts giving a rate hike a 91.3% probability, according to the CME FedWatch Tool. 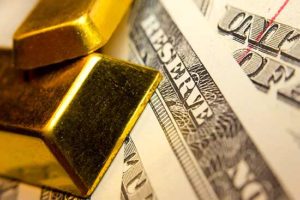 Plus, the highly anticipated U.S.–North Korea summit is tonight (June 11), just as U.S. President Donald Trump has intensified the trade wars with Canada and the European Union. That makes for all the ingredients we need for higher gold prices.

Throw in a weakening dollar, and gold prices could explode even higher.

Right now, gold's been trading in a narrow range, between $1,290 and $1,305, for three weeks.  Behind the scenes though, upward momentum has been building even if sentiment has remained weak.

Ever since ending its five-year bear market in late 2015, gold has been making a distinct series of higher lows as it marched higher.  Now it needs to push through a distinct ceiling.

And this week's catalyst could be just the push it needs to break out. I'll show you exactly why – and how high gold prices can climb – just after I recap gold's movement over the last week…

Gold prices traded within a narrow range last week despite the dollar's recent fluctuations. That's a sign gold is consolidating, waiting for the right catalyst to burst higher. 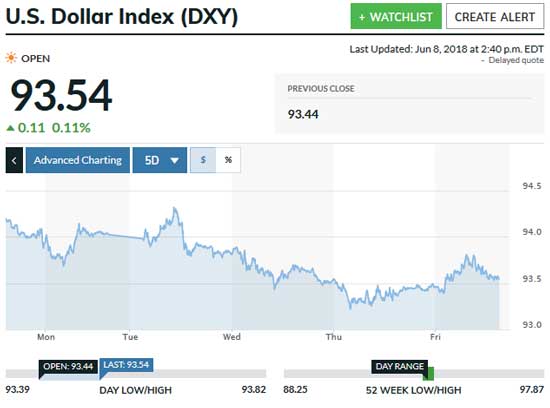 Gold then rose on balance as the week progressed, inching its way toward $1,300, testing that price level multiple times, and even crossing it on Wednesday (June 6), Thursday (June 7), and Friday (June 8), before settling back in a very tight range between $1,298 and $1,299.

Not even some sizeable movement in the dollar was enough to affect gold's steady, narrowing price range.

By late Friday afternoon, gold was still stuck at $1,299. It's evident gold prices built a base to launch higher from. The catalyst, it would seem, still lays ahead.

Why This Week Is Powering My Latest Gold Price Prediction