To help you take advantage of the tremendous growth potential, we're bringing you the three best biotech stocks to buy in June.

You see, Wall Street has put some of the best biotech stocks "on sale" due to fears over development delays, Washington's pushback against high drug prices, and a lack of consumer demand. 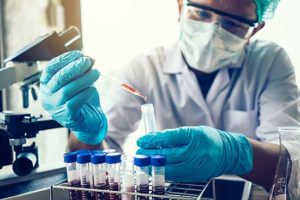 However, it couldn't be more wrong.

We've identified three undervalued biotech picks that have tremendous profit potential, including one that could jump more that 200% over the next year.

Before we get to our picks, here's why Wall Street is so wrong about the biotech sector right now...

3 Reasons the Biotech Industry Is Poised for Growth

According to Money Morning Defense and Tech Specialist Michael A. Robinson, we shouldn't be surprised by Wall Street's behavior.

Michael argues that there are three critical factors that will drive unstoppable growth in the biotech industry.

In 2018, there are 65 million people over the age of 70 in the United States. As this demographic continues to grow, the biotech industry will be called on to provide more drugs to treat ailments.

The second factor is the increasing rate of mergers in the biotech industry.

Jazz Pharmaceuticals Plc. (Nasdaq: JAZZ) is a biotech company that is set up for strong growth thanks to its introduction of six new drugs into the market.

The most profitable has been Xyrem, a narcolepsy medication with $1.2 billion in sales last year. Defitelio, a treatment for hepatic veno-occlusive disease, enjoyed rising sales - 23% year over year and 88% from two years ago.

Jazz's earnings per share (EPS) have grown steadily since 2010 and have risen sevenfold in the same period. FactSet reports that Jazz's EPS are forecast to rise 83% by 2021.

While Jazz's profit potential is great, our next two picks are even better, including one with 200% growth potential...

The Best Biotech Stocks to Buy in June, No. 2: Shire Plc.

At the time of writing, Shire has 40 drugs under development, with more than half in final phase 3 trials or awaiting FDA approval.

This kind of aggressive development allowed Shire to beat Wall Street EPS forecasts by 8% in the first quarter of 2018.

As a result, analysts are very favorable on the stock. A survey of 12 analysts indicates that the consensus price target over the next year is $197.50, a more than 23% rise from its current price of $160.

However, Michael thinks this forecast may be short of the stock's true potential.

As he points out, Shire is an acquisition target for Takeda Pharmaceutical Co. (OTCMKTS: TKPYY) of Japan, which is prepared to buy it for $64 billion - much higher than its current market price.

While Shire has great growth potential, our top biotech stock to buy beat these two picks by a landslide.