While gold waits for a fresh catalyst to find direction, silver's already made a move.

The price of silver is up 3.4% in the past week, while gold has trended sideways. The Fed's FOMC meeting this week is what silver investors are watching now.

There are strong odds the Fed will announce a rate hike this week. The market is interpreting that as confidence in sustained economic strength and inflation moving closer to the 2% target.

For silver investors, it's important to note that last week's rally, which took silver from a $16.35 low to a $16.85 peak, was supported by growing futures volume. 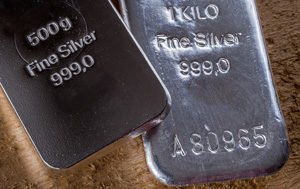 Helped by a weakening dollar, that meant a six-week high for silver prices. The outperformance against gold has been impressive, not to mention reminiscent of its action in early 2016, when the precious metals bear market finally met its end.

I think the expected rate hike this week will work in silver's favor, helping the metal rise further while it continues to gain against its richer cousin, gold.

Before we get into my newest price targets for the price of silver, here's how the precious metal is trending now...

The next day, silver provided some serious follow-through. It rose further this time, to $16.70 at midday as the DXY lost more ground, trying to hold the 93.6 level in the late afternoon.

But Thursday would prove to be the icing on the cake as silver rallied higher on a still-weaker dollar. The DXY hit a three-week low, hovering around 93.4 most of the day. Thanks to that further weakness, silver spent most of the morning above $16.80 before dropping back to end at a respectable $16.67.

Here's a look at the DXY for the past week: 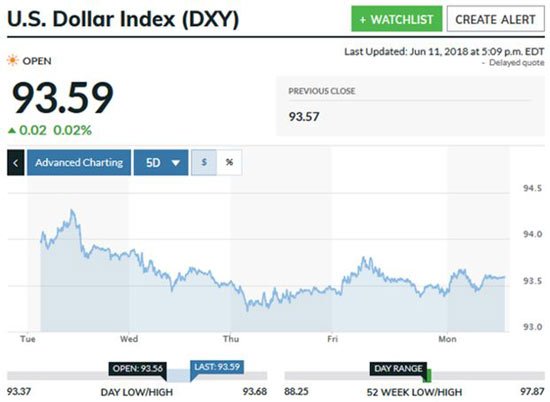 Now, here's where I see the price of silver headed after this week's FOMC meeting...

What's Next for Silver Prices After the FOMC Meeting