The U.S. Federal Reserve is hiking rates again this week, and the Fed's reckless policymaking could drive the stock market over a cliff, according to Money Morning Liquidity Specialist Lee Adler.

Thankfully, we have a defensive stock that not only survives but thrives during an economic recession.

"Under quantitative easing, the Fed was funding all-new Treasury supply. Under quantitative tightening, the central bank is actually adding to supply at the same time as it is pulling money out of the banking system," Adler said.

"That's as bearish as can be." 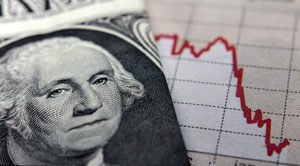 On top of that, events around the world could help lead to a bear market.

There's no reason to panic. But we want Money Morning readers to be fully informed about what's going on - and how to keep making money no matter what happens...

These Are the Powder Kegs Waiting to Explode

The U.S. economy could survive one crisis, but when you bundle a bunch of economic powder kegs together, we could enter into a recession.

There's a lot to worry about.

Fortunately, you can be proactive instead of reactive by buying defensive stocks now.

We aren't rooting for an economic collapse, but if one were to happen, we want to help you take control of your financial destiny.

This company just appeared on our proprietary valuation system in the "Buy Zone," with a score of 4.75.

Stocks in quadrant 4 give you the best opportunity at the biggest returns, so you can't afford to miss this profit opportunity.

And this stock surged the last time the economy fell into a recession...

This Is the Best Stock to Own During a Recession