Marijuana stocks already have explosive profit potential, and this new policy breakthrough has us even more bullish on the $10 billion legal cannabis industry.

U.S. President Donald Trump will likely support a congressional effort to end the federal ban on cannabis, according to a June 8 Los Angeles Times report. 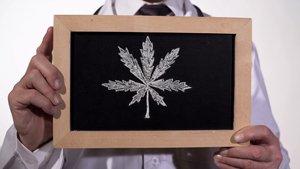 And if it passes, get ready for pot stock prices to skyrocket…

Why the Marijuana Industry Will Be Changed Forever

Right now, even if a state legalizes marijuana, banks are afraid to lend money to cannabis businesses because cannabis is illegal under federal law.

They don't want to be considered money launderers to an "illegal" operation, and banks also face the risk of a cannabis business being shut down and not being able to pay back a loan.

Their growth is limited. For now…

If marijuana businesses can operate without fear of a federal crackdown, get ready for a pot stock explosion…

Without the fear of federal law looming, banks will open up their doors to cannabis companies. We've already seen a few forward-thinking lenders work with marijuana firms.

Cannabis farmers can take loans from banks and buy new equipment and more land, and sellers of edibles and other marijuana products can open new dispensaries and reach more customers. Medical cannabis companies will have more freedom to pursue research into the medical uses of cannabis.

And you can join in on the massive windfall…

Just days ago, President Trump announced his support to end the federal ban on marijuana – and this could change everything.

Historically, when legal marijuana legislation passes, the industry's best pot stocks take off – and early investors get the chance to pocket life-changing cash.

But between now and Nov. 6, 16 states will vote to legalize marijuana – two times more than in any other election year.

That means 64 million potential new customers could soon be opening their wallets and unleashing a profit opportunity unlike anything ever witnessed.

To see how your loose change could turn into a potential $1.3 million profit, go here.