One of the best oil stocks to buy right now is currently priced as a steal, and it could make you a bundle of money as oil prices climb over the summer.

That makes it the perfect oil stock to buy as oil continues to recover from the 2014 glut.

West Texas Intermediate (WTI) crude oil prices broke past the $70 per barrel level on the week of May 7. Even though WTI prices per barrel have eased a bit - dipping to $66.51 - the climb above $70 per barrel is crucially important to the forward outlook for oil. 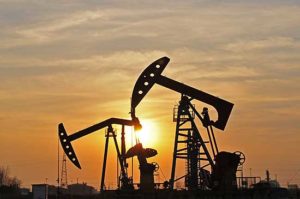 The price of oil hasn't risen higher than $70 in four years. The breakthrough means that oil-price strength has returned. We're even looking at scenarios where oil prices could reach $100 a barrel.

And that's going to be a huge benefit for companies that make their money from rising oil prices.

So when PSXP hit Money Morning's VQScore "Buy Zone," we wanted to put the word out right away.

You see, Phillips 66 Partners' profitability is so strong that it made money even when oil prices slumped. Now that the oil market is turning around, it's set to rake in even more cash.

Why Phillips 66 Partners Is One of the Best Oil Stocks

Phillips 66 Partners is a midstream oil and gas company structured as a master limited partnership (MLP).

Basically, it operates an oil and gas pipeline network that connects central hubs all across the United States, and it's a hugely profitable business model.

MLPs are designed to be lucrative for shareholders and are required by law to pass on the majority of the partnership's profits directly to shareholders.

Investors can see those profits in PSXP's healthy per share dividend of $2.86, which yields a robust 5.69% annually. That's cash in the pockets of investors immediately from one of the top oil stocks, even before the share price rises.

PSXP's strength no matter what's going on with oil prices is partly due to its relationship with its founder, Phillips 66 (NYSE: PSX). Phillips 66 has exclusive contracts with PSXP by which the latter transports and stores the former's oil.

Because of this relationship, PSXP is paid by Phillips 66 for pipeline use, even if it ends up not transporting its oil and gas. The end result is cash for PSXP, whether oil demand is up, down, or flat. In addition, when oil demand does rise, PSXP benefits from increased pipeline volume.

That's a win-win for PSXP and for its investors. Earnings can grow consistently no matter the oil-price and oil-demand scenarios.

That's why PSXP has been able to grow its earnings for five consecutive years, despite the oil price crash of 2014 and the fact that oil prices in 2016 were the lowest they'd been in a decade. In short, PSXP is a strongly managed firm that will continue to thrive no matter what the oil markets do.

Here's what that means for PSXP's potential to surge...

Thanks for this information