With retail crypto investors wondering if they should still hold on to their coins, we wanted to see what a group of experts had to say. 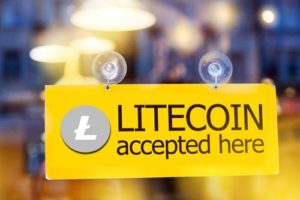 Joseph Raczynski, of JoeTechnologist.com, believes that Litecoin could trade for $150 by the end of 2018.

"People still have some faith it LTC. I'm watching it, but I'm not as sold on it in the short term as some of the others in the Top 10," he told Finder.com.

Craig Cobb, of TraderCobb.com, is also bullish on Litecoin, with a price target of $200 by the end of the year.

However, fintech investor Clayton Daniel believes prices are going to drop to $50 by Dec. 31, 2018.

"It provides zero advantages over other niche products gaining market share, and the founder sold out long ago at the top of the market," Daniel told Finder.com.

Here is a recap of the top five cryptocurrencies by market cap as of 9:00 a.m. EDT.

Now, let's take a closer look at today's Money Morning cryptocurrency insight, as well as the most important cryptocurrency updates you need to know...

Do I have to buy a full bitcoin?

That's what a lot of new cryptocurrency investors have been asking us.

You see, they think it seems too expensive now to plunk down $6,500 on just one coin.

Fortunately, you can use an accumulation strategy that will eventually allow you to own one full bitcoin.

Here are all the details...

The Top Cryptocurrency Stories for June 18

The Crypto Party Is Far from Over: Bitcoin is expected to undergo a massive upgrade - and it could kick off a price surge all the way to $100,000. Cryptocurrency expert Michael Robinson has put together a special report on a unique strategy that could help you pocket one windfall after another not just on Bitcoin, but on all the cryptos he's following now. To get step-by-step instructions on how you could become the next crypto millionaire, click here now...

He did this because people were accusing him of manipulating LTC prices for his own gain.

He also clearly is devoting all his time to furthering the LTC ecosystem, and doing a much better job than most coins of encouraging real world adoption.

But of course, what is truth and context when it comes to juicy quotes and journalism?

(this was in reference to Charlie Lee selling at the top)