Editor's Note: This method may be the only way in history to turn a small sum of money into $100,000 without batting an eye. Read more...

The Dow Jones today is expected to open more than 200 points down after China slaps tariffs on U.S. oil exports worth $1 billion a month.

The ongoing escalation of trade tensions between the United States and China - the world's two largest economies - has rattled investor confidence. But it's not time to overreact. Too much caution right now could cost you big time... 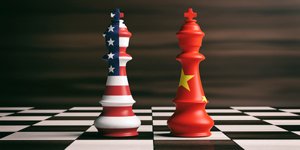