The Dow Jones Industrial Average has dropped 0.18% so far in 2018, but you don't have to be stuck with that uninspiring return...

Fortunately, Money Morning's proprietary valuation system just revealed three of the best stocks to buy for market-crushing gains. And they all trade for less than $5 a share. 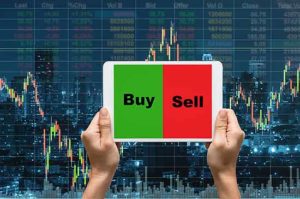 These are stocks with serious growth potential that are ready to make you money.

In fact, the stock prices of two of the companies on this list are projected to climb at least 80% in the next 12 months.

It acquires major stakes in biotech, pharmaceutical, and medical-device companies and rakes in the royalties from their patents.

A 2014 study from the Tufts Center for the Study of Drug Development estimated it costs $2.6 billion to bring a new drug to the market.

And a study by BIO and BioMedTracker found that only one in 10 drugs made it from Phase 1 clinical trials to FDA approval between 2004 and 2010. That means a company could sink millions or even billions of dollars into developing a product that's never released.

Instead of being caught in this trap, PDL created an ingenious business model, holding the patents of drugs already for sale and acquiring stakes in companies already selling medical products.

PDL acquired the exclusive worldwide rights to manufacture, market, and sell the branded prescription medicine products sold under the name Tekturna and Tekturna HCT in the United States.

It also acquired the rights to Rasilez and Rasilez HCT in the rest of the world. The products treat hypertension, which is expected to be a $33.1 billion market by 2024.

Instead of paying billions to develop hypertension drugs, PDL received all the rights to sell them in the Noden deal for $214 million.

And more acquisitions like this could fuel a stock-price climb in 2018...

The company has $532 million in cash and $243 million in debt, which means it could acquire another company or more patents this year.

This will generate more revenue, which will boost the PDLI stock price.

And these next two stocks offer even bigger profit opportunities, with potential returns reaching triple digits...

Money morning is a great information read, I look forward to reading it each day

I find some of your communications helpful.

Hope that ou can deliver

With an RTA payout of approx
100K / 150K by Jan latest I am looking for a money-making hobby. I have followed Tom for a number of months now and am looking forward to being involved.