The Dow Jones Industrial Average  fell over 370 points in pre-market trading after U.S. President Donald Trump threatened to impose an additional $200 billion in tariffs on Chinese goods. On Monday night, the president announced that if China "refuses to change its practices," the United States would have no choice but to aggressively retaliate through trade policy.

China's Commerce Ministry responded that the latest threat is a violation of recent terms agreed to by the two nations. "The United States has initiated a trade war that violates market laws and is not in accordance with current global development trends," the Commerce Ministry said this morning.

Here's a closer look at today's most important market events, our Money Morning insight into today's volatility, and the top stocks to watch.

Billionaire Ray Dalio's hedge fund, Bridgewater Associates, has made a $22 billion bet against the market. 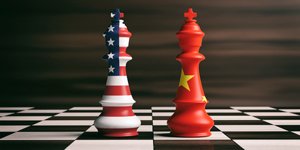