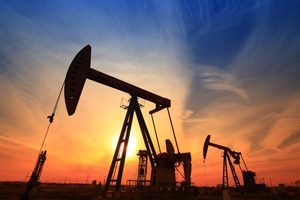 Contrarian investing is the art and science of buying when everybody else is convinced a stock can only move lower. But it's not just about zigging when someone else is zagging - it's about buying when almost everybody is selling.

With that in mind, we're recommending a big oil stock that's the perfect contrarian play today...

Contrarians look for the maximum pessimism in the market, either for an individual stock or the market as a whole.

The best example was at the end of the bear market following the financial crisis. At that time, the markets were in free fall, but in March 2009, sentiment as measured by an American Association of Individual Investors survey reached 70% bears. Almost three-quarters of all small investors surveyed expected stocks to keep falling for the next few months.

It was a great buy signal. After all, since everyone was so fearful, theoretically they already sold their shares, leaving nobody left to sell more. Supply dried up. At the time, investors were presented with some of the best stocks to buy, but most were too nervous to jump back into the markets.

Super investor Warren Buffett calls that "buying when everyone else is fearful."

In the 18th century, British banker Baron Rothschild said that "The time to buy is when there's blood in the streets."

First of all, let's talk about its sector of the market: energy.

West Texas Intermediate (WTI) oil prices are down 9.94% since May 21 and closed Tuesday at $65.06 per barrel. This wreaked havoc on oil stocks, with the benchmark NYSE Arca Oil and Gas Index falling 5.79%. In contrast, the S&P 500 is up slightly (1.08%) over that same span, even including the trade-war-induced decline this week.

Clearly, the stock market decided to punish the energy sector. But that's where contrarian thinking comes in.

One oil stock in particular really caught Fitz-Gerald's eye. And it is down 9.63% from its January high.

The Best Oil Stock (and Contrarian Stock) to Buy Today

Again great insight and I believe a great comeback is around the corner in 2019.