With retail crypto investors wondering if they should still hold on to their Ethereum, we wanted to see what three experts had to say... 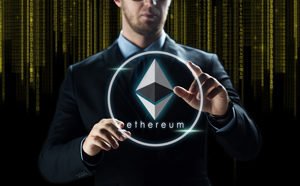 "Definitely bullish on it, especially as, and if, they succeed in proving that the moves they are making to scale have paid off," Gus told Finder.com.

Craig Cobb, of TraderCobb.com, is also bullish on ETH prices. He predicts it will trade for $1,300 by the end of the year.

"The $600 mark on ETH has been some minor support/resistance recently. ETH has also held its ground better than some others in the Top 10 and had a very strong run up off the recent lows of $360. The fact is that ETH is still needed for most ICOs. And with Casper in the cards, it may just have a strong June," Cobb told Finder.com.

Of course, not all projections are bullish...

Why Ethereum Prices May Stay Flat in 2018

Fred Schebesta, of Finder.com, believes that ETH prices will remain flat by the end of the year and trade for $550.

He's worried about competition from EOS, which calls itself the most powerful infrastructure for decentralized applications.

"Ethereum is at risk of other coins like EOS doing the same thing, but better. We've perhaps already seen the best growth we're going to see from Ethereum in a while."

It's good to know multiple viewpoints when making an investment decision.

However, Bitcoin could offer an even larger return, skyrocketing to $100,000 per coin...