Bitcoin prices slumped another 8.3% Friday as part of a larger rout in the global cryptocurrency sector.

Right now, a string of bearish headlines and concerns about the security of exchanges and regulation are hammering prices. 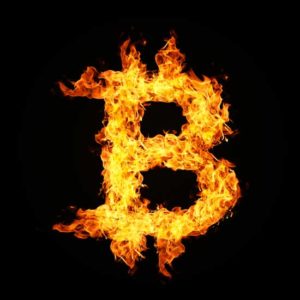 On June 21, Bithumb confirmed that roughly $30 million in funds had been stolen. Bithumb is the largest cryptocurrency exchange in South Korea. The company said it is trying to minimize the fallout, but panic over the news fueled a flash crash on cryptocurrency platforms in India.

However, in our insight of the day, we're going to show you why we're ignoring these short-term setbacks.

Here is a recap of the top five cryptocurrencies by market cap as of 12:00 p.m. EDT.

Now, let's take a closer look at today's Money Morning cryptocurrency insight, as well as the most important cryptocurrency updates you need to know…

The Top Cryptocurrency Stories for June 22