Unfortunately, you won't be able to invest in Lyft stock right now because the IPO hasn't happened yet. But that doesn't mean there isn't a way to profit off the most exciting companies on the market... 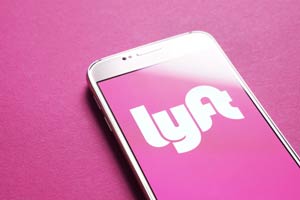 But if you're thinking about jumping into the Lyft IPO in 2018, there is much more to consider than just the company's growing share of rides. And there's an even better way to get in early on the most popular IPOs...

A San Francisco--based ridesharing company, Lyft was founded in 2012 by Logan Green and John Zimmer. The two co-founders were no strangers to ridesharing apps. They began with a company aimed at helping college students connect for long-distance carpools, called Zimride.

And now Lyft is chipping into the market share of its main rival - Uber.

And the Lyft public offering could be soon...

He also has a much better investment than Lyft that can help you maximize IPO returns and minimize risk...

THE INFO MONEY MORNING SHARES WITH US IS VERY HELPFUL AND I JUST WOULD LIKE TO SAY THX TO ALL OF THE EMPLOYEES THERE HAVE A GREAT DAY TO ALL OF YOU
TROY WILSON PS: KEEP UP THE GOOD WORK