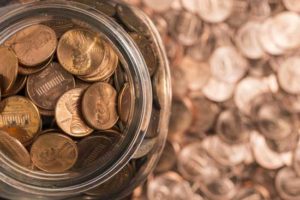 Renren closed the week at $2.36 - a 158% gain over Monday's opening price. Renren's strong gains are exciting, but they're already in the books. After we look at this week's top penny stocks to watch, we'll show you one with even better potential.

While the gains of last week's top penny stocks are exciting, investors who know where to look can unlock even bigger gains...

According to Bill, "technology giants like Apple and Microsoft are making huge multimillion-dollar investments in this space, while defense contractors and the U.S. Military are using this market's technology to give soldiers a competitive 'advantage at sea, land, and air.'"

Bill's method has pinpointed a single company at the center of this industry - a 95-year-old technology and research firm based right here in the United States - just north of San Jose in California.

This technology is not only game-changing - it's life-changing...

One is a partnership with China Mobile Ltd. to assist with the rollout of a new network-service technology to over 588 million Chinese consumers by the end of 2019.

Another is with a U.S.-based semiconductor manufacturer that deals in aerospace and defense.

And the fourth is the biggest of all - a deal with the U.S. Department of Defense (DoD).

This firms' technology is set to affect hundreds of millions of consumers - and its revenue is potentially about to explode.

And early investors could start reaping huge fortunes - not years from now - but in the months, weeks, or even days ahead.

Would like to invest in these penny stocks! Tell me which ones you suggest for big profits!

I am very interested in beginning investing with Penny stocks, but am not sure where or how to start…