The Chinese billionaire called the cryptocurrency a potential bubble and raised concerns about price volatility.

Of course, he may have a big reason for trying to discredit Bitcoin…. 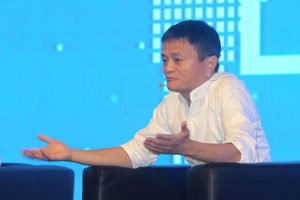 The Ant Financial service appears to just be utilizing blockchain technology and not settling payments with a crypto coin.

However, it could be the first step before the Chinese tech giant introduces its own cryptocurrency.

Here is a recap of the top five cryptocurrencies by market cap as of 9 a.m. EST:

And the best stocks in the space are surprisingly familiar names.

The Top Cryptocurrency Stories for June 26

17012 Reads
These 3 High-Yield REITs Pay 8%, 10%, and 12% Dividends
REITs produce gobs of cash from rent and other fees generated from properties including office buildings, storage units, multifamily units, and more.