The Dow Jones today gained over 100 points in pre-market hours after the U.S. Federal Reserve announced the result of financial liquidity tests. The tests, performed on the nation's largest financial institutions, are designed to provide feedback on the dividend and stock buyback plans proposed by firms like JPMorgan Chase & Co. (NYSE: JPM) and Citigroup Inc. (NYSE: C). 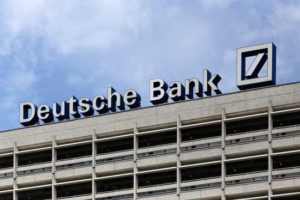 The only capital plan rejected by the U.S. central bank was proposed by the U.S. unit of Deutsche Bank AG (NYSE: DB). DB CEO Christian Sewing promptly said this morning that the German banking giant will not get rid of its American banking unit despite what the Fed described as "widespread and critical deficiencies" in its capital planning.