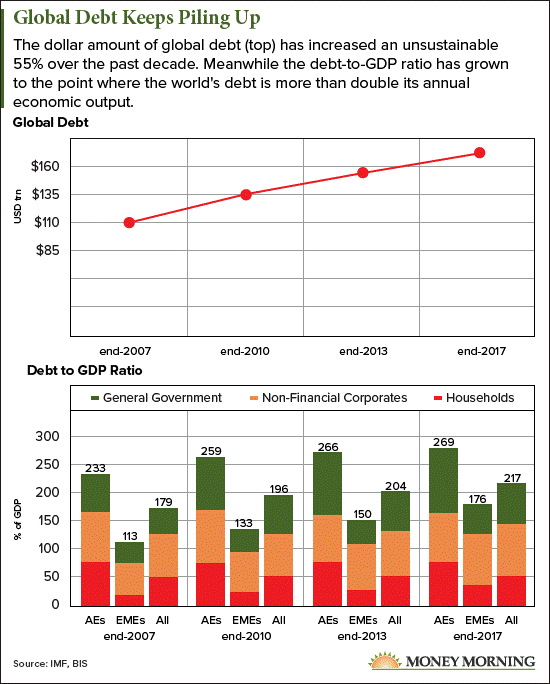 And it's created what the BIS calls a "debt trap." Here's how investors could get caught in it...

"The higher the debt, the more sensitive the economy and financial valuations are to higher interest rates, reducing the level of interest rates an economy can bear. This, in turn, makes it more difficult to raise them, favoring further debt accumulation - a kind of 'debt trap,'" the BIS report explains. "Higher debt - private and public - narrows the room for policy maneuver to address any downturn."

Any number of flashpoints could trigger the next financial crisis...

I also collected 56,000 dollars in spousal benefits owed to me from social security.