Gold prices are nearing a six-month low, the culmination of a downtrend kicked off by the latest Fed rate hike on June 13, but that's creating the best buying opportunity of any asset class right now...

That's when the U.S. dollar began to rally, in part thanks to higher rates, but also because of a weaker euro.

In the last two weeks, gold has only enjoyed one up day, the result of historic selling pressure. 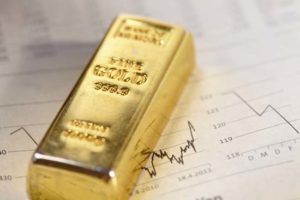 We can search high and low, and we'll find plenty of reasons why the price of gold is dropping. But the fact remains that it's still in a long-term bull market, and it has just become dramatically oversold.

That doesn't mean it will turn tomorrow and start rallying, but the risk associated with buying now is low.

In fact, I'd challenge anyone to find another sector that is currently more undervalued.

Gold's sell-off since mid-June is unwarranted. Short- and even medium-term vagaries shouldn't distract from the bigger picture.

The precious metal remains a natural hedge and all-around safe haven. And for now, it remains abnormally cheap.

I simply don't expect gold prices to remain this cheap for long...

Gold spent last week doing pretty much the same thing it did the week before.

Sentiment went from lousy to downright awful as the week wore on. The rally in the U.S. Dollar Index (DXY) also rubbed salt into gold's wounds.

Take a look at how the DXY rallied on Wednesday (June 27)... 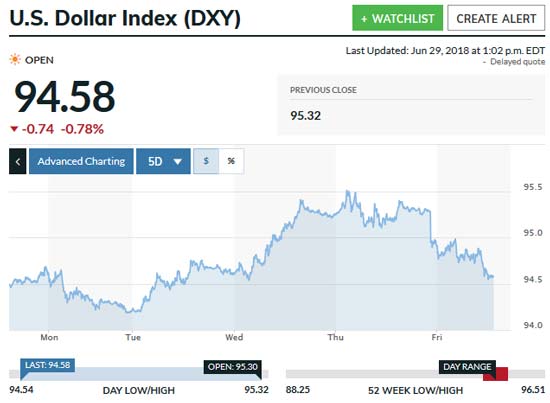 But a turnaround was forming...

That same day, the VanEck Vectors Gold Miners ETF (NYSE Arca: GDX) ended higher, even rallying into the close, even though gold prices ended lower than their open of $1,252.

But on Friday, something impressive happened. The DXY retreated nearly 100 basis points from its early Thursday highs near 95.5. By midday, gold was a bit higher, trading near $1,254. Yet the GDX had rallied impressively, gaining over 2% on strong buying by early afternoon.

Later in the trading day, gold was holding on to $1,252, potentially having seen an interim bottom the previous day.

Here's what that means for my latest gold price target for July...

My Gold Price Prediction for July