Bitcoin prices climbed back above $6,500 after a bullish weekend for the world's largest cryptocurrency.

The uptick was fueled in part by the launch of a platform for institutional investors by the cryptocurrency exchange Coinbase. 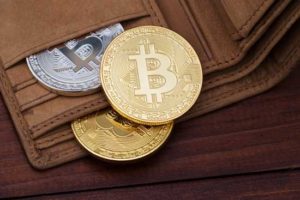 But the bigger story came from tech pioneer John McAfee. The cybersecurity legend accused cryptocurrency exchange HitBTC of increasing the "suffering for millions of poor people."

McAfee called for a boycott, saying that poorer investors "cannot afford the minimum buy-in since it is greater than their monthly income."

Analysts state that he is referring to the company's withdrawal fees.

After the company responded to his charges, McAfee said that HitBTC's algorithm "killed an unknown number of people."

Here is a recap of the top five cryptocurrencies by market cap as of 3:30 p.m. EST.

Investing in cryptocurrencies directly can be extremely profitable, but there's a way to make money from them without buying a single coin or token...

And after extensive research, I've uncovered the best cryptocurrency stock to buy in this $296 billion market.

If you're not making millions of dollars with cryptocurrencies... you could be. Click here to discover the tiny coin that will soon be BIGGER THAN BITCOIN... and how to claim YOUR cryptocurrency fortune while you still can.

This isn't just some company adding "blockchain" to its name to attract more investors, either.

This financial firm facilitates the wire transfers for one of the most well-known cryptocurrency exchanges.

The Top Cryptocurrency Stories for July 2

When is Coinbase going to allow Canadian bitcoin buyers to sell their coins and why did they not notify buyers at the time of purchase that subsequent sale would not be possible?.