Ethereum is often overlooked because Bitcoin has better name recognition, but we had to make sure to share two new Ethereum price predictions for the end of 2018.

While ETH prices are sitting under $500 right now, two experts see it climbing to $1,000 or more by the end of the year. 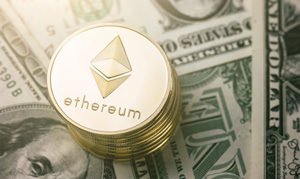 Joseph Raczynski of JoeTechnologist.com believes that ETH prices will reach $1,000 by Dec. 31, 2018.

"They are one of the most real projects to date. Nearly all large organizations are testing on this platform," Raczynski told Finder.com.

Aaron LePoidevin of Every Capital is even more bullish, and he believes the price of Ethereum will reach $1,250 by the end of the year. That's a potential gain of 164.63% from today's (July 6) prices.

"The SEC clarification should be helpful in the longer term for both ETH and cryptoassets more broadly," LePoidevin told Finder.com.

Here is a recap of the top five cryptocurrencies by market cap as of 10:30 a.m. EST:

The Top Cryptocurrency Stories for July 6

How does one buy Ethereum?

Establish an account on Coinbase or any other crypto exchange.