Following the herd will get you the same basic profits as everyone else. But if you want to regularly make life-changing returns, you must be a maverick investor.

Today, we'll show you how to do just that...

Take the hype around Facebook Inc. (Nasdaq: FB) as an example. Between March and July, Facebook stock rose a stunning 41% as eager investors bought shares by the truckload. With the fifth-largest market cap of all publicly traded companies, it's safe to say Facebook is one of the most popular stocks on Wall Street. 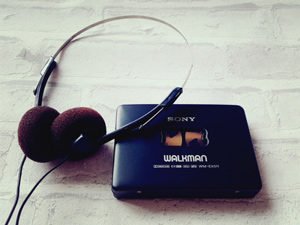 But on July 26, Facebook delivered a subpar earnings report that sent the company's stock down as much as 24% overnight, wiping out the profits of investors following the herd.

Thankfully, there is a way to avoid this pitfall and set your own course.

The truth is that finding the next profit opportunity can be easy if you use the Money Morning Stock VQScore™.

With the VQScore system, we can not only identify stocks that have great growth potential, we can figure out the perfect time to buy them.

In fact, by using the VQScore system, we've identified three legacy tech companies that are on the verge of breaking out - and generating tremendous returns for investors.

They're making some of the most in-demand devices on the market today, and our system says they are all buys right now. We recommend accumulating shares during pullbacks to help build your stake, but when these stocks reach a VQScore of 4, it'll be the perfect time to buy.

You could end up doubling your money (or better) on these stocks...

In 2012, Sony began an aggressive restructuring effort that focused the company's resources on the development and production of video games and mass media content.

Over the last six years, the pivot has paid dividends - Sony stock has risen over 430% in response to the company's repeated global blockbuster hits.

In 2017, Sony's "Jumanji: Welcome to the Jungle" grossed over $962 million worldwide. This made it the fifth-highest grossing film of 2017 and the 41st highest of all time.

While this is a tremendous run-up, Sony's stock is far from finished. In reality, the company's turnaround is just beginning.

Thanks to the growing popularity of virtual reality video games and reliable production value from the company's entertainment division, Sony's gross earnings are expected to grow by an additional 5% this year and an additional 6.3% in 2019.

Trading at only 12.5 times earnings, Sony is currently at a bargain price for its value.

For comparison, Sony's biggest competitor, Netflix Inc. (Nasdaq: NFLX), trades at 241 times earnings. This means investors are paying 1,828% more for Netflix's earnings than Sony's when it comes to the return they get on their investment.

Value like this is why Sony has a VQScore of 3. Fluctuations in the company's stock price or earnings could drive Sony deeper into buy territory. If Sony stocks hits a VQScore of 4, it's time to load up on shares.

But Sony isn't the only legacy tech company turning over a new (and very profitable) leaf...

Hewlett-Packard Inc. (NYSE: HPQ) has been a mainstay of the American electronics industry for decades.

Since this split, HP has launched an aggressive effort to streamline the company's offerings and break into new industries that can propel the company's growth long into the future. Along with developing new computing essentials like printers and laptops, HP acquired several small firms in an effort to enter the cloud computing market.

Since its acquisition, Aruba has become one of HP's fastest-growing divisions, giving the company a chance to push into market territory long held by networking giants like Cisco Systems Inc. (Nasdaq: CSCO).

Neri has also pushed the company into the competitive cloud computing sector, buying Plexxi, a networking startup, earlier this year. Both of these acquisitions are indicative of the long-term momentum that HP intends to build as it continues to restructure.

In addition to these two acquisitions, HP is aggressively pursuing the development of a mobile data service center that could potentially cut out the need for large, stationary data centers like those managed by Microsoft Corp. (Nasdaq: MSFT). HP has already invested $4 billion into this project and intends to make early versions of this product available by 2021.

The returns from this market are likely to be immense. According to researcher Gartner Inc., cloud computing is on track to become an $83 billion business by 2021. That's a 176% increase over today's $30 billion value.

HP's early expansion into cloud computing and data services are a sign the company is moving in the right direction.

And just like Sony, HP has a far more affordable value than its competitors. HP currently has a price/earnings (P/E) ratio of 9. Compared to Microsoft's 74 and Cisco's 17, HP is an absolute steal.

In fact, if HP's stock grows and its P/E ratio reaches Cisco's, it would nearly double in value.

And HP's VQScore can make sure you get an early chance to lock in this profit opportunity as well. HP currently has a VQScore of 3 and trades for around $23.

While the company is certainly a buy now, waiting for HP's VQScore to hit 4 could help crush the 21% return analysts are predicting.

While Sony and HP have great profit potential, our top legacy tech stock is a household name that's a staple of many institutional portfolios.

But it remains embarrassingly undervalued and is likely to reward patient investors with staggering returns...

Been trying different sites and I pick yours, I will give you guys a shot at the title.