For the past couple of years, cryptocurrency advocates have anticipated a major catalyst that would surely drive prices higher - the moment when large institutional investors start investing in Bitcoin.

Editor's Pick: 5 Energy Stocks That Pay You to Invest in Crypto Mining 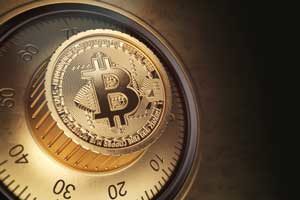 We've seen some hedge funds dabbling in cryptocurrencies already, but one of the largest pools of institutional money in the world - pension funds -- has stayed almost completely on the sidelines.

And pensions in the world's 22 top pension markets make up a massive, price-moving pool of $41.4 trillion, according to Willis Towers Watson.

Should even a small portion of this money trickle into primary cryptocurrencies like Bitcoin, it could cause the prices of those cryptos to double or even triple.

While this traditionally conservative corner of investing isn't likely to jump into the crypto universe with both feet, the sector's unusually high returns have started to catch the attention of pension fund managers.

"We're looking into it," TerriJo Saarela, director of corporate governance for the State of Wisconsin Investment Board, admitted to Forbes in March.

One major obstacle is holding them back...

What Pension Fund Managers Are Waiting For

When you manage a fund worth billions of dollars, security is a major concern. So imagine being a pension fund manager who's considering investing in Bitcoin reading news story after news story about how yet another crypto exchange was hacked and millions of dollars' worth of crypto stolen.

You wouldn't feel too confident about exposing your pension fund to that kind of risk.

But in the world of institutional investing, there is an answer to this - professional custodians.

Custodians offer protection for investments that require some level of security, such as physical gold. And Wall Street has no shortage of them. Some of the major names include State Street Corp. (NYSE: STT), Bank of New York Mellon Corp. (NYSE: BK), and JPMorgan Chase & Co. (NYSE: JPM).

But none of these most trusted custodians have moved into cryptocurrencies yet. And especially with an investment as tricky to properly secure as crypto, institutional investors like pension funds won't settle for anything less than a top-notch custodian.

A few crypto companies, most notably Coinbase and the Winklevoss twins' Gemini Trust Co., do offer custodial services for institutional investors. But for pension fund managers, the trust factor isn't there yet.

Part of that is due to the lack of a track record.

Gemini's service launched in 2016; the Coinbase service is brand-new, having launched July 2.

But the lack of custodial services is by far the biggest roadblock right now...

"So much of the security of Bitcoin and other cryptocurrencies rests with who stores that private key, who controls the vault," Blake Estes, counsel, financial services, and co-leader of blockchain and distributed-ledger technology at Alston & Bird LLP told Pension & Investments.

"Blockchain (the technology behind the transfer of assets) itself can't be hacked, but it all still boils down to who ends up holding the keys," Estes continued. "I'd tend to think that pension funds will not venture into uncharted territory until they're certain about the security of who has custody of the keys."

It's unclear exactly what the big-name custodians are doing with regard to cryptocurrency - they haven't disclosed their plans.

"The level of custody in crypto is the same as with other assets, except that crypto is self-cleared through the blockchain," Benassaya said. "Custodians are not so far away from making this happen."

And they certainly have the incentive. The market cap of all cryptocurrencies right now is more than $300 billion, even with prices down more than 50% from their December highs. Significant interest from institutional investors would represent substantial new business for them.

"If custodians expand their business model to take care of cryptocurrencies, the same as with classic securities, there could be quite some space in terms of revenue growth. They can bring the experience and reliability of classic custodian work to this asset class," Matthias Voelkel wrote in a March report from McKinsey & Co.

Of course, the major custodians also want to be sure they will have customers when they do decide to launch crypto custodial services.

That means more pension funds and institutional investors will need to express a desire to invest in crypto.

The thing is, the pension funds have a strong incentive of their own to take the leap into Bitcoin and other cryptocurrencies...

What Will Drive Pension Funds to Start Investing in Bitcoin

I invested $100 in Bitcoin when it was selling for $200. Huge return for a relatively small amount.

I purchased one-half a Bitcoin when it was selling for $200.

Good info. Lucky me I ran across your site by chance (stumbleupon).
I've book marked it for later!